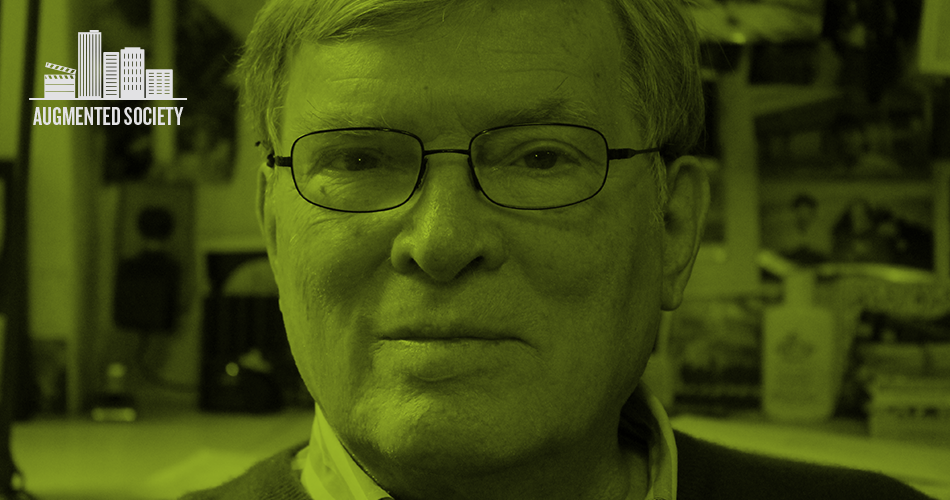 The legendary documentarian D.A. Pennebaker received an Academy Honorary Award in 2012 for his achievements, and for the way his films and his filmmaking style has inspired generations of filmmakers. The subjects of the films he has been involved with range from music to politics, and many of them are now considered classics. Primary, Dont look back, Monterey Pop, The War Room… He also covered one of the crucial standoffs in the history of the American civil rights movement: when Alabama Governor George Wallace refused to desegregate his state’s schools in 1963, and the clash between Wallace and the Kennedy administration.

Since today marks the 50th anniversary of Martin Luther King’s “I have a dream” speech, we called Pennebaker up to talk about films about the civil rights movement. He chose to talk about Robert Drew’s Crisis: Behind a Presidential Commitment (1963) and Richard Leacock´s  The Children Were Watching (1961).

Why did you pick those two when it comes to films about the civil rights movement?
Those are the ones that I feel closest to. I worked with Drew on Crisis, and even though I wasn’t directly involved in The children were watching, I was around and watched them edit the film. It’s about an outbreak of violent protests coming from white parents who were against school desegregation in New Orleans. The film is kind of depressing, but it’s made right there and then in the streets.

What makes it an important film to see today?
I think that many people assume that we now have reasonable approaches to all these problems, and that everybody has talked it out. But when you see that film you realize that there are a lot of people that can’t talk it out, that have to get out of the screen and somehow get their feelings known.

What were your feelings the first time you saw it? Do you remember?
My feelings were that it was incredible that people, these protesting parents, would act this way publicly. But they were, so you had to deal with it as a real situation. I had no idea how you could change these people’s minds, or how you could make them think in other ways without having another generation go by.

Crisis was a little different in that it was about the people at the top who were managing the situation. The Kennedy administration, all these people who were in charge and how they dealt with it. For me that was really interesting, because it was their job to do this, whether they thought it was outrageous or not. And the two students that we dealt with in the film, Vivian Malone and James Hood, both of them were… It was a brave thing to stick your neck out. They were getting screamed at in the streets, and in some cases they were being threatened.

What was it like working on Crisis?
We knew that what had happened the year before, down at the University of Mississippi when James Meredith enrolled, had been a very scary situation. That had kind of exploded, and I don’t think that the administration had expected that – and when people started shooting, and somebody got killed, everybody in the administration sat down and tried to figure out how to not let this happen again. We went to a friend who was in charge of press relations there, and said that we’d like to be involved in whatever happens when they try to desegregate Tuscaloosa, Alabama. We were told that we kind of had a half okay, and had to go see Bobby Kennedy. If he’d agree to do it, it would be ok for us to film. And, he agreed.

So, I was close with Bobby and the president, and was filming in the White House pretty much. Then when I went down to the university in Tuscaloosa and met the two students, we had to go to a safe house. We had a house where we had to keep the lights out, and not be seen. I don’t know… It took me by surprise. I was amazed that this kind of thing could happen in a place that everybody supposedly felt was a reasonable one, where people listened to the same radio shows and watched the same television shows and were so universally similar – and yet you had to sneak into their city and pretend that you weren’t there.

What were the main reasons for you to pick that subject for a film to begin with? What were your thoughts going in?
Well, it looked like it was going to make a good film. You were watching something historical, and it was only going to happen one time. And you were actually watching it happen. You weren’t being told about it, which is generally how the news is allowed out, that somebody tells you what happened last night. In this case we were going to watch it happen right in front of us. And that’s always, for us, the only way to do a film. To do it as it takes place.

I mean, just look at this Snowden thing. It’s an amazing story that’s taking place right in front of us, and nobody knows how to get at it, except Laura Poitras. Whether she’s gonna be able to or not is sort of circumstantial, but you think somebody should get it, and then you realize that the news people are having a hard time getting it. Nobody’s quite sure what this story is yet, or even how important it is. How can we find out what it’s about? It’s an interesting question. How do you? I mean, The New York Times is having a hard enough time getting it, and the networks don’t even want to bother with it. It’s useless to them, because the people who watch don’t care much anyway. It’s not their problem.

The only way to be able to get that story would be, as in the case of Poitras, to break free. She has had to move out of the country. She’s living in Europe now, and that’s… Well, it’s a big jump to make for a movie. But you have to have people who are willing to do that, and I think that now there probably are – but there weren’t many of them 50 years ago.

What kind of reactions does Crisis get now from the audiences when it’s screened?
It’s interesting. First of all, people are amazed to see the Kennedys in a kind of human role, and really to see them at all in that kind of environment. Most presidents are sort of hidden away, and even today you don’t really see a lot of movies about Obama. Then there are people who see the film and just seem to see the Kennedys as some kind of office workers in the government. It doesn’t seem to them that it’s really about anything crucial. To them it just looks like ordinary business. I think that when people see The children were watching and see the screaming in the streets, that is always kind of surprising to people. It gets to them in another way. It’s interesting to see how history affects different people.

Do you get the feeling that the younger parts of the audience have a sense of how bad the situation was back then?
No. I don’t think many of them do. At the same time I think that… I haven’t seen the film with a lot of black children, but I suspect that many people see that their situation has changed some, but not a lot since then. In some ways it may have gotten even worse, just because of the high downturn in employment. So, in a way, for them it’s a lot of a rumpus about something that doesn’t seem to affect their lives very much.

Crisis was an interesting film to be part of, and I would like to see it somehow survive. But it’s hard for me, I mean, I’m not a network. I can’t decide what to show people. And even when you do, you can show 20 million people something and a day later it’s gone and they don’t remember it. You just don’t know how much history people can absorb. But, as the writer said, truth is the daughter of time. And that’s true. That is absolutely true.

Trailer Crisis: Behind a Presidential Commitment: