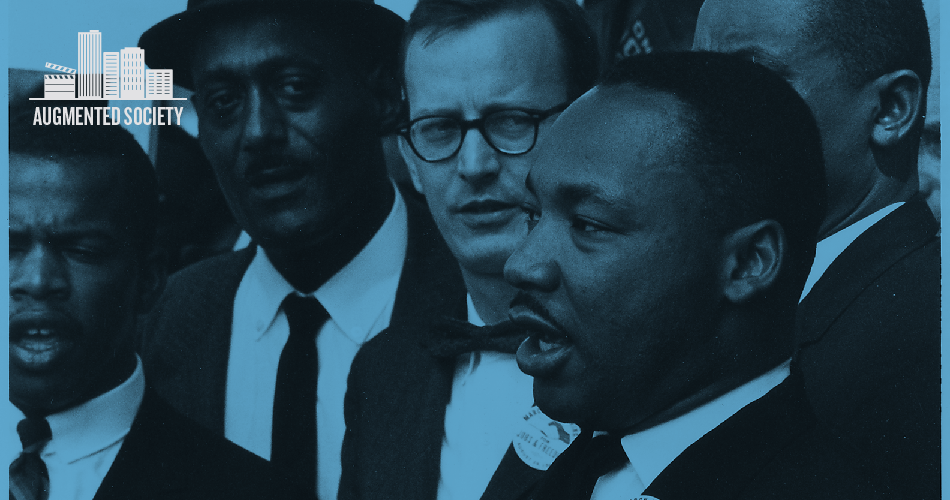 In the fifties it was mostly white men who were making films. Still, pioneer Madeline Anderson knew already in high school that she wanted to be a filmmaker. She wanted to show another side of black history, and make films about the achievements of contemporary black Americans. In her first film as a director, Integration Report 1 (you can see it below), she documented events that led up to the March on Washington in 1963. Since this week marks the 50th anniversary of Martin Luther King’s “I have a dream” speech, we called her up and talked about her debut and how obstacles based on race, gender and politics were in the way in her fight to gain a place in the film industry.

What led you into the world of film to begin with?
Well, I was born in a northern city that was just as segregated as a southern city. Black Americans were forced to live in one section of the town, and because the public school system was based on neighbourhood schools all the schools obviously were segregated. But, I was lucky, or unlucky, enough to be a poor child who lived in the poorest section of the city, and on the fringes of it. I got to go to an integrated school simply because there weren’t enough black children to have a school for where I lived.

So, that’s how I grew up. I was a peer of Martin Luther King. He was born in 1929, I was born in 1927. As a young child, the only education that I received about my ancestry, was taught to me during Negro History Week – and that history was always about slavery. Nothing about the contemporary achievements of black people in the United States at the time.

I was an avid reader and loved to go to the movies. Now in the movies, my image was not depicted in a way that I was proud of. We saw the Tarzan pictures, which depicted Africans as naked or half-naked, stupid people who were always outsmarted by white men.

So, I thought that there was more to us, that there was something more about Africa and Africans that I was not learning. I began to go to the library at an early age, and read about the little black history that I could find. And I was glad to know about the slavery history, because there were some great people. I was happy to know about Harriet Tubman, Sojourner Truth and Frederick Douglass and about their struggle for equal rights in the United States.

But, when I was in high school I decided that I wanted to be a filmmaker, and that I was going to make films about the achievements of contemporary black Americans. Because, there were some great things going on. Marian Anderson was an opera singer in the thirties and forties. One of the first heart surgeons was a black man. A black chemist discovered a synthetic drug that could be used to treat glaucoma. I learned all this on my own, and when I learned something I immediately told my family and friends about what I had learned. Eventually everybody told me that I should become a teacher, so I tried. I went to a teachers college where I was only the second black person to be accepted. But I couldn’t stay. I couldn’t stay because the young white males who came back in droves from the war, were bullying me. Not physically, but ridiculing my looks, questioning my intelligence. I was miserable, so I left the school, got a job, saved money and went to New York. And I was determined to become a filmmaker.

Ultimately it was serendipity that led me to the opportunity to learn the techniques and the business of filmmaking. One day when I was a student at NY University, I saw an ad for a babysitter/boarder and answered it. The ad was placed there by Richard Leacock and his wife, and because I was running out of money and needed a place to stay I started working for the Leacocks. And, as you know, Richard Leacock is one of the foremost, world renowned filmmakers.

Ok, so Ricky and his wife were very supportive and wanted to help me become a filmmaker, and after I had lived with them for a while Ricky set up a production company to make his own films. He shared space with a group called Filmakers’ [sic], and in this group were Ricky Leacock, D. A. Pennebaker, Shirley Clarke and later on the Maysles brothers. I was surrounded by all these people. They would not only make films, but they would talk about making films, look at films, critique films. I used to look at the dailies they brought in and go to seminars that they arranged. I couldn’t have found a better education anywhere. They were very generous people, and they permitted me to be a part of their group, although I was not a filmmaker. I was the business manager and the in-house production manager. But I learned how to make a film, so after I’d been working there for three years I told Ricky that I wanted to make a film. He agreed that I was ready, and that’s how I made Integration Report 1.

And what in particular was it that made you want to do that film?
It was the fifties and the civil rights movement in the United States was just beginning. Or, really, the fight for civil rights began as soon as black people hit the shore and wanted to be free.

My film starts out with a shot of feet, people walking, and a voice tells you what they’re doing, and under the narration is music. Negro spirituals, which were a big part of the early civil rights movement. That mix, that kind of structure composed the whole film. I call my films composit films, they were made with a mix of news reel photage and a documentary style of shooting. Integration Report 1 covered sit-ins, boycotts, rallies, some of the first mass marches, reactions against police brutality in Brooklyn…

What was the experience of filming it like?
Well, we were very quiet, and we didn’t go to any demonstrations. What we did was to film in safe places like churches and people’s homes. The only time there was sort of an incident was when we were interviewing Robert Williams and there was a very threatening policeman present. But we kept a low profile and got in and out without incident.

What did you learn from making that film?
Number one, making that film convinced me that my vision was correct, and that films of this kind should be made. The film did not get a distributor until a year after it was made, so I took the film and showed it locally in churches and schools in the surrounding areas.

What kind of reactions did you get?
The young people were so appreciative. They really got it. They got the message. They said “Hey, we’ve got to work for civil rights, nobody’s going to give it to us, and we should know what is going on.” They were inspired. I was really very pleased with that, and I guess the older people got it too, but… You have to understand that there wasn’t a lot of interest in film, mainly of course because of our economic status in society. I went to a couple of universities to sell the film, but there wasn’t any money for films. Film was sort of a far end. The scholarly approach was books and reading. Not film. I understand that now, but I didn’t understand it then. I was saying “What is wrong with these people? Don’t they see how important this is?“

After Integration Report you decided to become an editor?
Yes. It costs a lot of money to make a film, and if you don’t know how to do something like be a camera person or an editor, you don’t get to the high salary positions. Well, I’m a small person so I knew I couldn’t be a camera person with all that heavy equipment – even if Ricky Leacock at that time was one of the proponents in inventing the small camera. He was not only a filmmaker, he was also a great engineer. What he did was one of the reasons that documentary filmmakers were able to do what they did during that period.

Anyway, first of all I decided to get into the editors union, and that was a horrible struggle. In order to get experience I worked in a nonunion area, and that was very unpleasant. I was abused. Not sexually, but I was subjected to abusive behaviour. Long hours without the proper pay, and a not so great conduct from the people I worked whith, who were white men.

When it came to the union, I knew that the obstacles that were before me were based on gender, race and politics. And later on when I made my film I am somebody (1970) I used that experience. It was about the struggle of black female hospital workers who went on strike and demanded wage increases. And when there was a screening for about 400 women who were members of the Hospital Workers Union, I went into the theatre when the lights were down – and I was so happy to see the reactions of these women. They laughed in the right places, they danced in the right places, they sang in the right places, they cried. They got that film. They got it. It was about them. Because of what I had been through I understood them. I was their sister. I was kindered. I tried to make a film that reflected my experience through their eyes. And I succeded! Oh, what a wonderful feeling that was.

Back then, did you see yourself as a pioneer, or was that something you realized later?
Not really. Well, I knew that when I made Integration Report 1 that I was one of the first black women in the world to make a documentary film, and when I made I am somebody I knew that it was the first half-hour documentary directed by an African-American, unionized, female director.

But I wasn’t thinking about that, I wasn’t trying to be a first to do anything. I was thinking of doing what I was doing, and trying to do what I wanted to do.

When you look back over your career, what are you most proud of?
I set out to make films about contemporary history, and contemporary events, so that black people could keep up with what was going on and hold on to the gains that we obtained – and seek further advancement and equal opportunity. That’s why I made films, so the thing I’m most proud of is my contribution to the equal rights movement.